is located in the province of Alicante and extends from Denia to the south to Alicante city. This coastal strip is considered by many to be one of the most beautiful in Spain and is characterized by a very varied and picturesque landscape. Not only extensive white sandy beaches, to which the Costa Blanca owes its name, but also impressive capes and cliffs with hidden bays among pine forests make this zone a very exclusive region.

In the immediate hinterland we find picturesque mountains and valleys that largely consist of orange and almond orchards. Because of these differences in height, we find a rich range of real estate with beautiful views.

The most important places are Denia, Javea, Moraira and Altea where only apartment complexes with a maximum of 4 floors are allowed along the coast, with the exception of the place Calpe, and one also finds spacious residential areas among the greenery present. This gives the entire area a residential character with a lot of permanent living and activity throughout the year. Calpe very popular with the Belgians partly due to the excellent gastronomy and beautiful boulevards. Mass tourism is therefore not to be found here, with the exception of the place of Benidorm, which for years has been one of the most famous holiday destinations in Spain with its vast walking boulevards.

Lovers of theme parks will also enjoy themselves here, given the large amount of buildings built here. Amusement parks as well as zoos and water parks guarantee entertainment with the whole family. Water sports enthusiasts can also indulge themselves thanks to the breathtaking coastline with various beaches and caves that can only be accessed via the water. Marinas are therefore abundant here, of which Denia is one of the most important with daily connections to Ibiza and Mallorca.

An advantage of this region is that it is easily accessible via the airports of Valencia in the north and Alicante in the south. Most places also have their own exit on the AP-7 highway, which means that they are quickly on the spot. In addition, no large industry can be found and the entire zone has a special microclimate, making it one of the healthiest places in the world to live or stay. 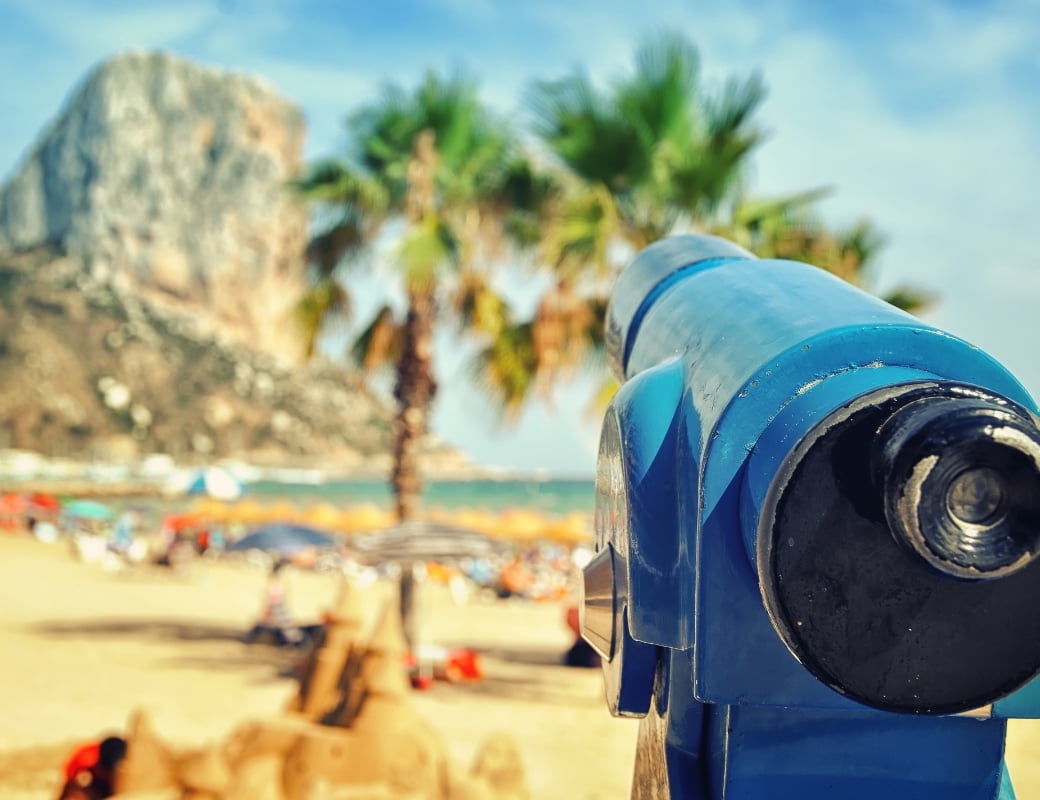 Epiphany is the feast of the "regalos", the presents! This is the children's party par excellence. Because this is the "Sinterklaas party" here. Remember that Sinterklaas does not exist in Spain and is therefore not celebrated. The Epiphany, "Los Reyes Magos", as they are called in Spain, are the mysterious men from the Far East (so the children are told) and appear on January 6 throughout the country during parades that go right down to the smallest places are held.

In many cities they also arrive by boat and also have a number of "helpers" and dancers with them. The brightly dressed men are driven around the city on floats and hand out thousands of kilos of candy. In Alcoy, the "Zwarte Piet" even climb ladders along the facades to give presents. At home, the children receive the "requested" toys from the good men!

Always exuberant parades in a typical Brazilian samba atmosphere. The associations, the sewing workshops, the singing and dancing groups, and orchestras work on the costumes and the acts for months. Girls and women do strength training for months to make sure they can wear the meter-high, wide and heavy costumes with feather feathers. And this ... for hours and always smiling! It is a matter of glamor and extravagance. Naturally, the current themes are also responded to with the necessary humor and creativity. Is celebrated in all cities and large villages. Pego in the north of the Costa Blanca (near Denia) and Aguilas in the south of the province of Murcia are very famous. But the parades of Torrevieja, Benidorm, Murica, Cartagena ... are more than worthwhile.

Impressive, subdued parades during the Holy Week (week before Easter) that depict the suffering and resurrection of Christ. Easter is the most celebrated religious festival, where tradition has left indelible marks.

The "pasos" (the image groups) that are carried during the processions are huge and heavy. There are scenes of 1500 kg, but there are also those that weigh 6000 kg. These pasos are therefore worn by superiors in a special rhythm. It is even a whole family honor to be allowed to walk in the Semana Santa as "nazareño" (those who wear the pasos). Many penitentiaries with pointed caps are also involved. It is the highlight of the year for most Spaniards! During the Semana Santa there are processions every day, but the most impressive are those of white Thursday, good Friday and Easter Sunday. For the Spaniard it is something very specific. Every Spaniard normally returns to his home town or city. In my folder "Know Spain ... taste Spain" you will find extensive information about this. In Torrevieja there are beautiful processions, but also in Orihuela (city) and Murcia there are processions with national cultural importance. The Palm Procession of Elche (Sunday before Easter) is also of international importance. Keep in mind that thousands of people come to see. Seats can be rented throughout the procession.

Is the commemoration of the expulsion of the Moors by the Christians in the 15th - 16th centuries. King Boabdil was the last Moorish king to be driven out of Granada. The Christians were supported in their struggle under the influence of the Reyes Católicos (Fernando of Aragón and Isabel of Castilla). The date of the festivities depends on the name day of the patron saint of the city (can therefore be in both spring and summer).

They are beautiful parades with very beautiful traditional costumes. There is the "mascletta" in the afternoon. Those are deafening bang fireworks. There are the fighting between the two clans and, of course, the impressive parades in which both the Christians and the Moors triumphantly enter the city. Sometimes the storm of the "castillo" (castle) follows very often. In some cities the attacks happen from the sea! You must have seen these parties. So keep an eye on the events calendar. There are very important parades in Alcoy, Rojales, Callosa de Segura, Guardamar, Orihuela, Crevillente.

Pilgrimages with Analogical customs and costumes. The “Virgen” (the Virgin) is taken from the church after a mass on Saturday and in procession one goes with decorated farm carts and pilgrimage pilgrimage to a remote place (forest, beach, park….). There is then camped for two days, prayers (?)…. but especially partying. Sunday is the high mass with beautiful music and singing. In the evening the Virgin is then brought back to the main church.

Are the local annual village fairs with a whole range of events and beautiful parades (in just about every town and village). Sometimes they last two weeks. On the final day the whole family comes to the big tent on the village square. The ones have all kinds of tapas, the other ham wine and drinks, others bring the sweets and people party together. A "paella gigante" is always prepared. As the word itself says: a giant paella for the entire population and ... its visitors. So ... just sit down and integrate you into the local happening! You bet you make friends?

From the beginning of December, a Christmas atmosphere is created in many villages and towns by drawing up the "belenes". It is a traditional part of Christmas in Spain. The "Belenistas" are the artists who specialize in the manufacture of Christmas figurines and stables. They are beautiful miniature statues and scenes that depict the entire Biblical story. "Belén" is named after the Spanish name for Bethlehem. Some beautiful!

Cheerful markets with artisan booths (sometimes 200 to 300 stalls !!!) in a mid-century and Arabic atmosphere with performances by theater groups and other spectacles such as jugglers, troubadours, magicians, musical bands with medieval instruments, magic wizards, storytellers, stilt walkers, bird shows, knights ... They are all handmade items that are offered for sale, such as forging, carvings, glassware, jewelery, soaps and perfumes, all kinds of spices and numerous gastronomic offers. So you can really buy beautiful things there. They are usually kept in the winter period. 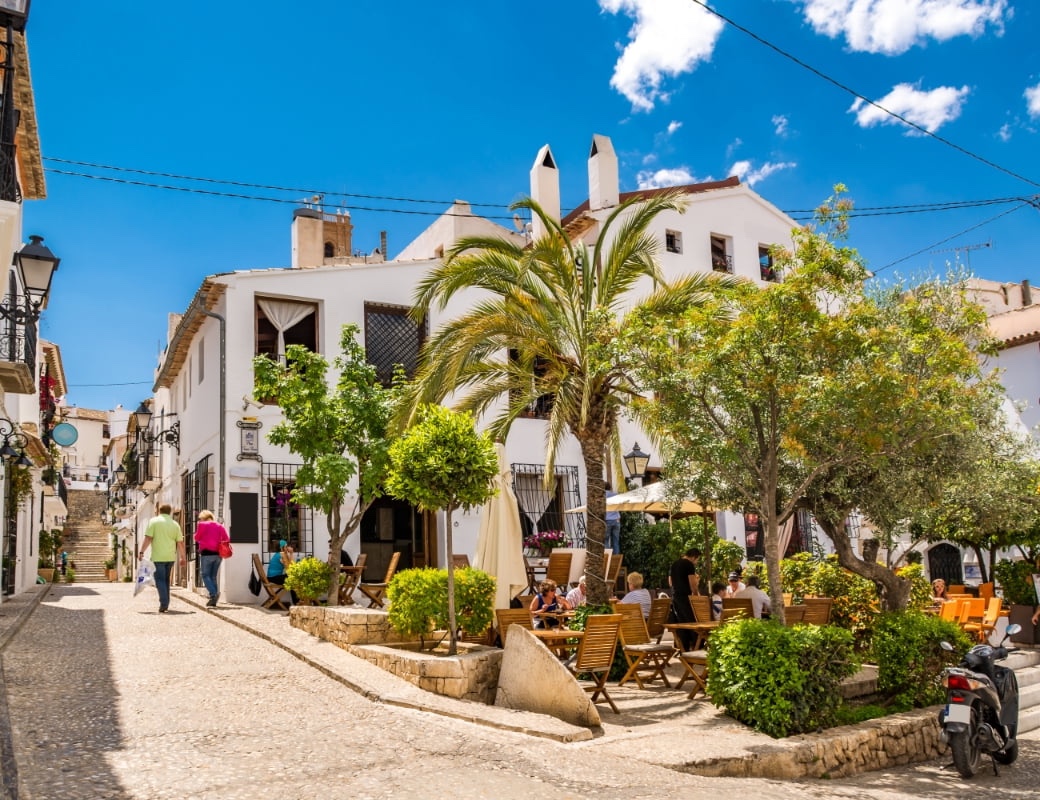 This dream residential has 196 homes of 2, 3 and 4 bedrooms in a glass tower with spacious terraces with views, ideal for enjoying the outdoors and the fantastic climate of the...

This single storey property is divided into 2 well designed sections and finished to a very high standard. 3 bedrooms with fitted wardrobes (master with en-suite bathroom... 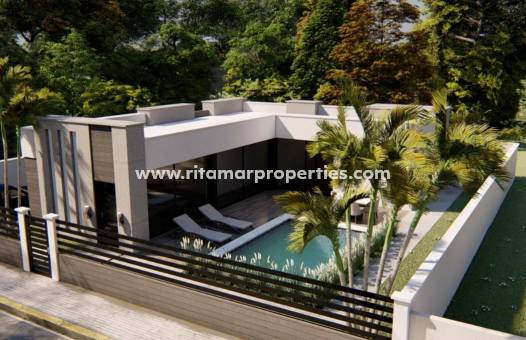 Modern newly built villa on one level on a large plot of 800 m2 in Fortuna, close to the Balneario de Leana. Private swimming pool at extra cost. The house is situated in... This attractive modern villa near the beach offers beautiful views of the Mediterranean Sea. Build on a flat plot with large terraces, 43m2 pool and parking area. 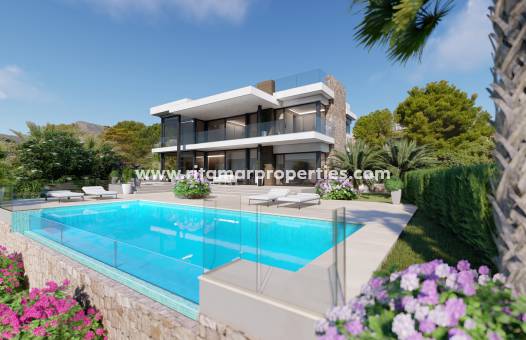 This magnificent second line luxury villa uses materials of the highest quality. Located just 50 meters from the first line of the Mediterranean Sea with all the comforts. 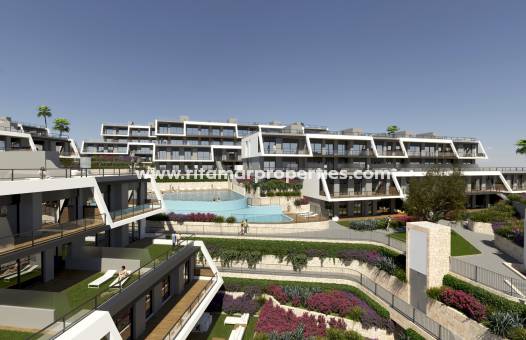 Residential complex of 74 homes consisting of 2 and 3 bedroom flats. All the homes are built and finished with top quality materials. The communal areas consist of swimming... 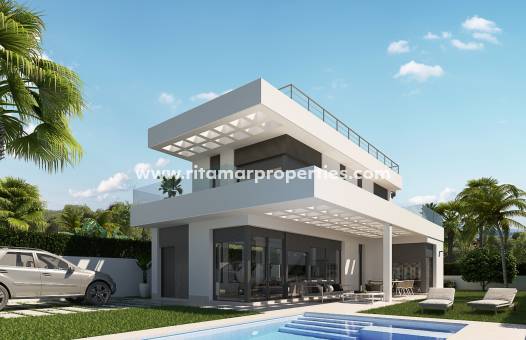 These villas have an extremely high standard, due to the best combination of the very practical with the elegant design and so there are a lot of comfortable spaces with... The exterior design of the Residential, avant-garde and sophisticated, modernizes the skyline of the west beach of Benidorm. This colossal project houses common areas and...

Save and edit all your searches

Find your dream home by saving your properties and receiving alerts about new properties available.