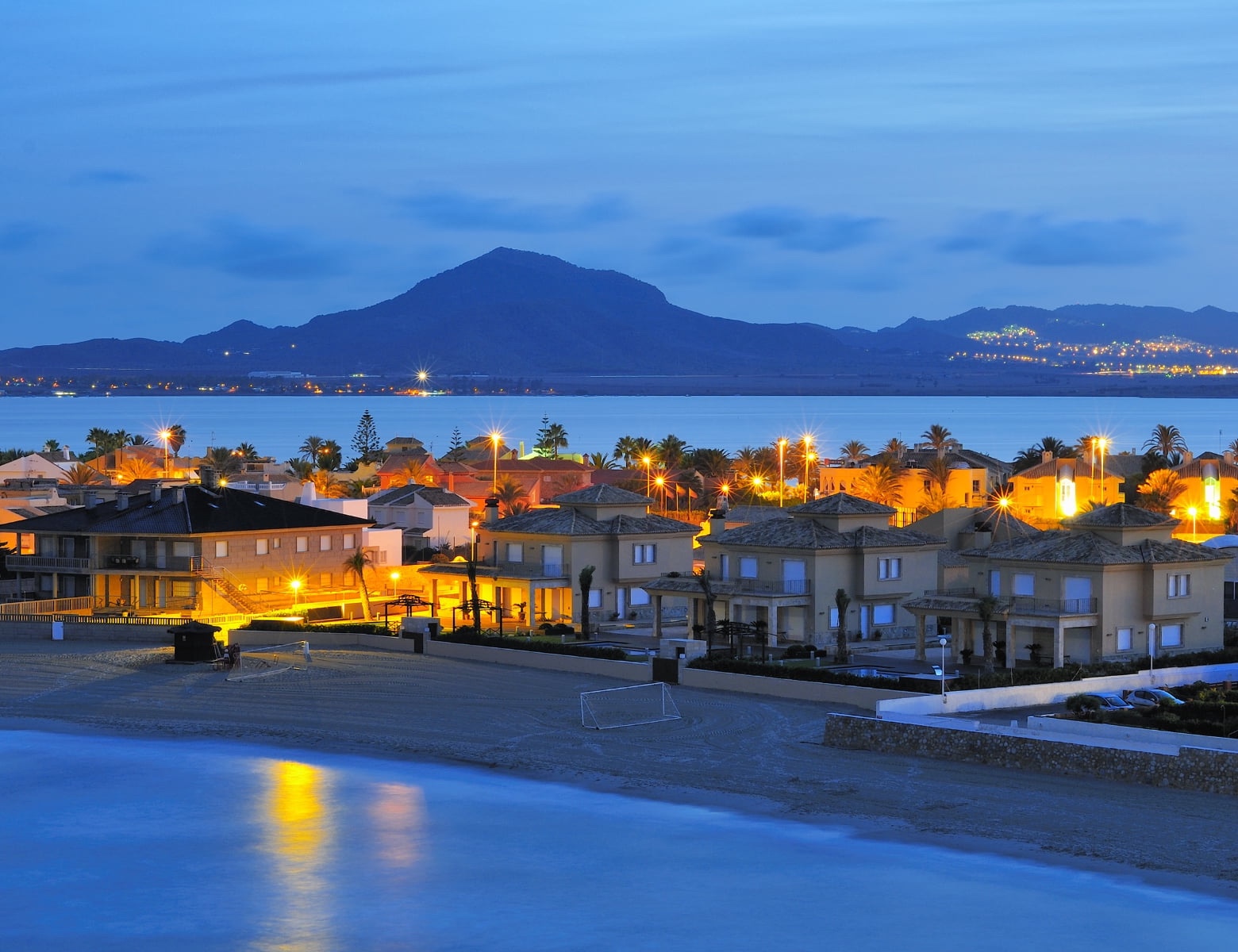 The coastline of the Costa Cálida can be divided into 2 parts; on the east side, this is almost one long stretch of beach. On the south side you will mainly find rock formations. The beaches on Mar Menor are all sandy beaches, with no tides, large waves and currents. The beach runs so slowly that the first 50 meters from the beach the depth is only 1-1.5 meters. Mar Menor is therefore very suitable for children, the elderly and the disabled. The beaches are guarded by lifeguards in high season. There is also equipment for the disabled, so that they can also enjoy the wonderful water.

The Costa Cálida has a special phenomenon by Spanish standards; You can choose to swim in the Azure Mediterranean, or in the crystal clear Mar Menor. Mar Menor is 170 km², with a total coastline of 70 km. The temperature of Mar Menor is always 4 to 5 degrees higher than the Mediterranean, because it is only 7 meters deep and encapsulated. Mar Menor is excellent for many types of water sports for the above reasons.

Cartagena was founded in the 3rd century BC by Hasdrubal the Fair. During this period 5 fortresses were built on the mountain tops around the city. 4 of these fortresses have been restored, and 1 has been left in its original state. One of Spain's oldest buildings. The Amphitheater in Cartagena, was discovered in 1987. The centerpiece of the city is the beautiful Plaza Espana, a park located on a large roundabout. In the city of Murcia you will find the Trapería, a historic street that ends in the Cathedral, the construction of which has taken more than 500 years. The University of Murcia is an old monastery with marble columns. Right next to Murcia is the Santuario de la Fuensanta; a sanctuary surrounded by lemon groves. For unspoilt bays and beaches, the best is Mazarrón, a port city that has grown through the mineral-rich mountain areas. Many bays have a gravel beach, making the water squat heroes; ideal for snorkeling or diving. 90 shipwrecks can be found along the entire coastline of the Costa Cálida, most of them off the coast of Cartagena.

Because this part of Spain has not yet been flooded by tourism, house prices are lower than on the other Costa’s. Apart from the house prices, the prices in cafés and restaurants are not as high as on the more famous Costa’s. There is also a high-rise ban on the entire coastal region with the exception of La Manga, a thin strip of land that separates Mar Menor from the Mediterranean. For those who love golf, the province of Murcia is a paradise, with 13 golf resorts.

It is clear that Spaniards love to party. There are numerous small parties throughout the year, but the highlight of this is in the summer. A tradition at Spanish festivities is that they always end with a fireworks show. The largest regional festival is the Carthagineses y Romanos festival in Cartagena, which takes the last 2 weeks of September each year. During these 2 weeks, the name of the city is renamed Carthage. Thousands of Cartagenians travel through the city in Roman costumes every evening.

The basic needs are covered in every village; there is always a supermarket, bar, restaurant and pharmacy nearby. There are 3 large shopping centers in San Javier, Cartagena and La Zenia. Larger shopping cities in the region are Cartagena, San Javier and Mazarron.
Time difference
There is no time difference with the Netherlands.

The official language is Spanish. However, you can go almost everywhere with English and / or German. Border formalities, a valid passport or proof of identity. 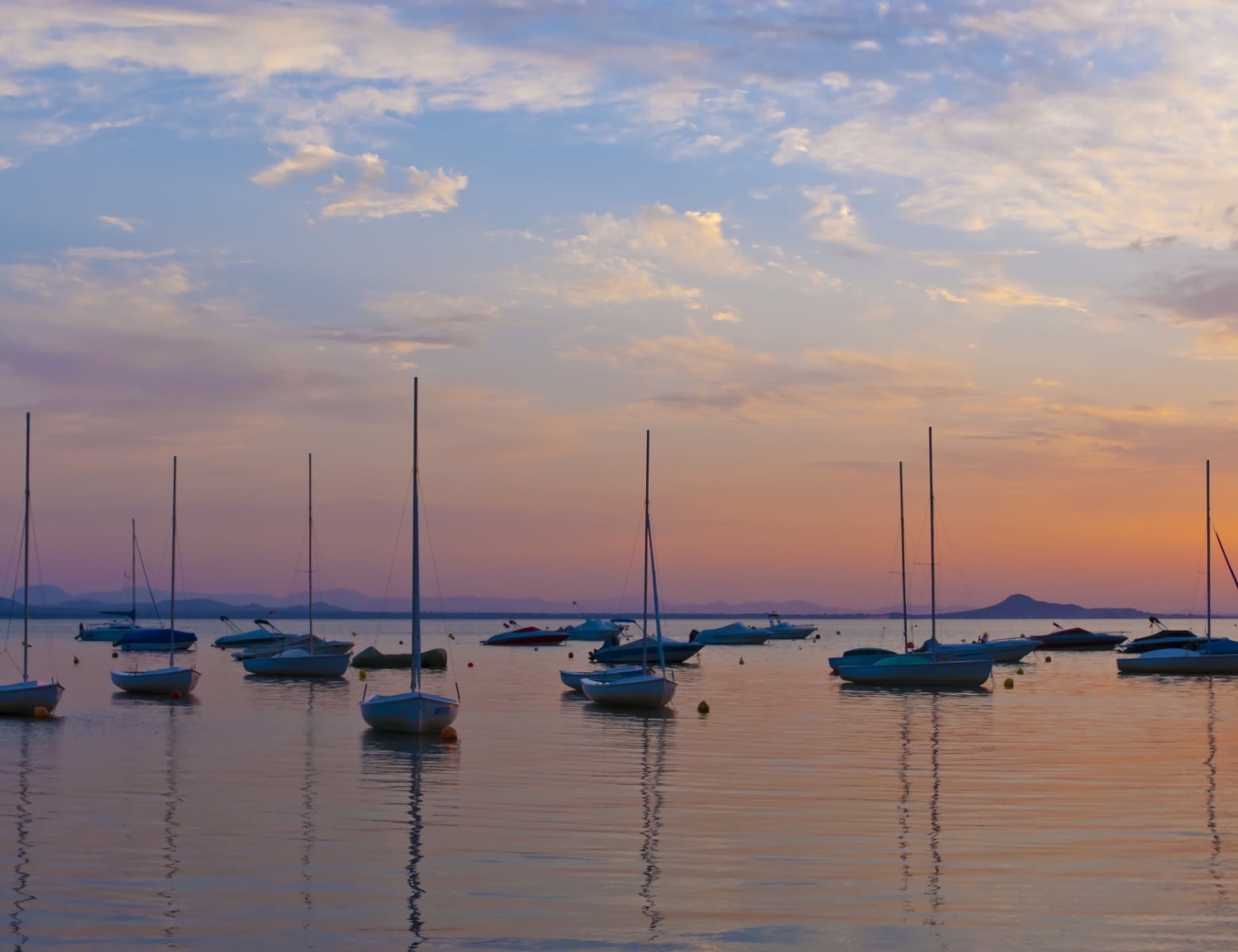 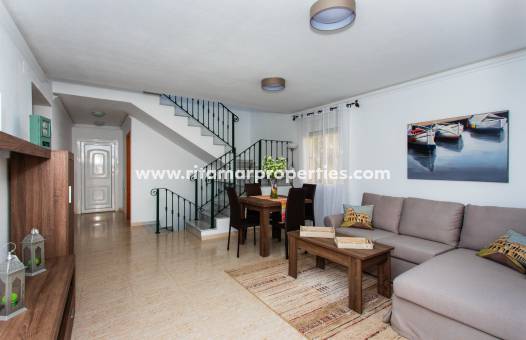 Residential complex built around a golf course of 18 holes. It is mainly characterized as a Residential designed for people who want to enjoy nature without giving up the city....

The complex is located next to the landscape and leisure area of La Pedrera, with stunning views of the Sierra de la Vega Baja, all accessible amenities in the city, and just... 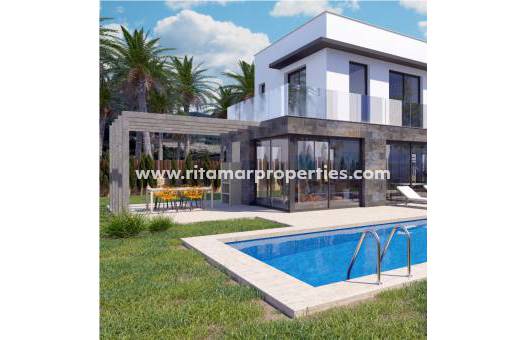 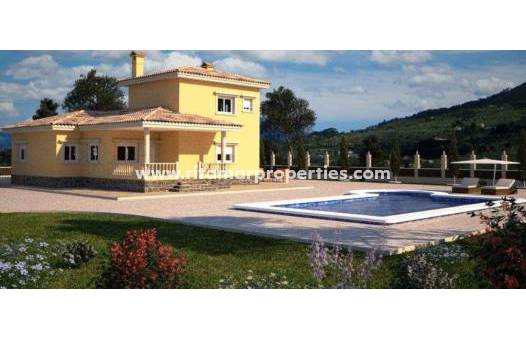 This new construction has 4 bedrooms and 3 bathrooms, distributed on two floors: LOW LEVEL: Entrance hall, living room, kitchen (except appliances), one bedroom with a... 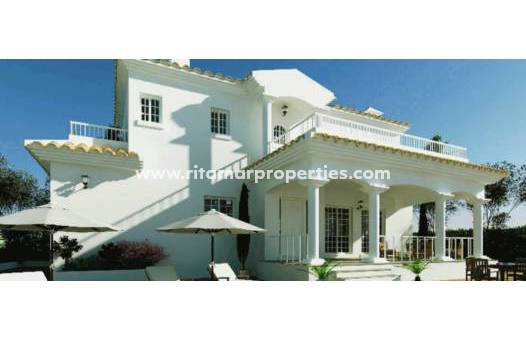 This new project will offer: On the ground floor, an entrance hall, a living-dining room with a fireplace, an equipped kitchen (except electrical appliances), a laundry... 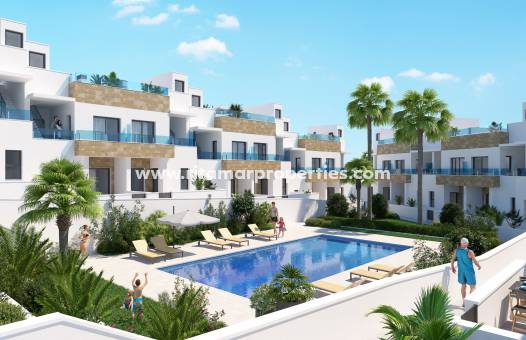 On the ground floor this property has a parking space and a rear terrace with direct access to the street, a large living-dining room and open kitchen, 1 bedroom, 1 bathroom... 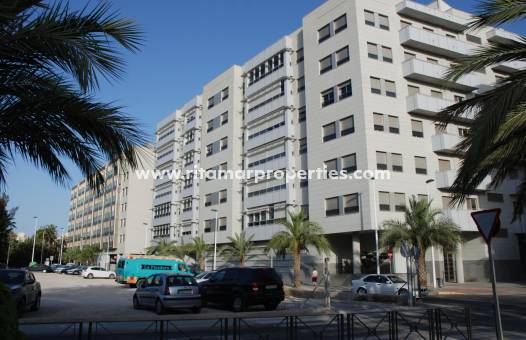 Building with 2, 3 and 4 bedroom apartments located in the center of Elche with easy access to all services. It is a group of «Independent Villas» with plots of 200 m2 and independent pool, with luxury qualities and in an unbeatable area. Pool and solarium not included in the price. 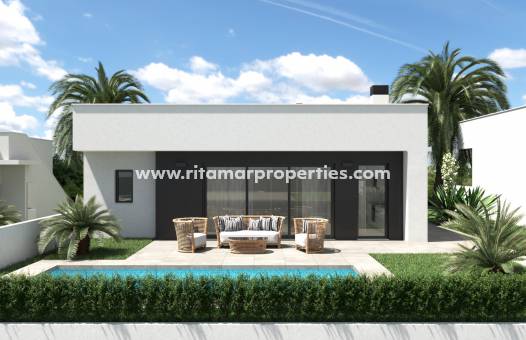 Fantastic selection of new build VILLAS for sale in this golf resort. There are 3 choices of these new-build villa properties available that are all located in the fenced-in...

Save and edit all your searches

Find your dream home by saving your properties and receiving alerts about new properties available.